The Wandering Inn Wiki
Register
Don't have an account?
Sign In
Advertisement
in: Characters, Humans, Chandrar,
and 2 more

Baosar appears to be in his forties, with little grey hair and brown eyes. He appears to look like a normal Human, except for his pale skin and pointed teeth like the other native residents of A’ctelios.[1]

When Trey found out one of the Pakheil was a transformed Earther, the Quarass confronted him about this and he admitted that the humans where not given a verbal choice. Trey attacked Baosar, but he healed from it on the spot. After he demanded that the Quarass hand over Trey, Gazi decapitated him.[1]

Later, as the last Scourgerider of Khelt died bringing poison from Germina to one of A'ctelios Salash's hearts, his voice was heard through the speaking stone.[2] 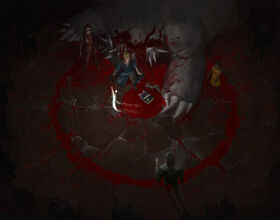 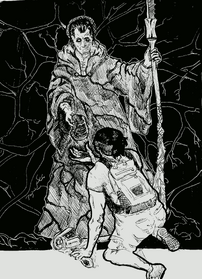