The Wandering Inn Wiki
Register
Don't have an account?
Sign In
Advertisement
in: Locations, Terandria, Kingdoms,
and 2 more

Calanfer, formally Eternal Lands of Calanfer, is a kingdom in Terandria ruled by House Marquin, one of the Hundred Families of Terandria.

The kingdom borders Kaliv. The two kingdoms together with Gaiil-Drome were, 28 years ago, part of an alliance against seven other nations, most prominent among those the powerful Ailendamus.[1] This alliance is known as the Dawn Concordant and stands to this day.

Calanfer has once usurped one of the sixteen Dragonthrones and built their country around it.[2]

The country claims to have its roots roughly 6,000 years in the past, which means they are a very young nation by Terandrian standards[3] that needs to boast their claims with attributes like eternal[4]. The ruler of Calanfer occupies the Eternal Throne of Calanfer, and Lyonette du Marquin is the sixth princess in line to that throne.[5]

The kingdom of Calanfer does not lack for [Princesses] and [Princes], but is not notably powerful militarily or economically. Their main capital are their royal heirs who can make political marriages and thus safeguard the kingdom through diplomacy.[6]

Due to the Terandrian policy of ichorial lineage where pureblood nobility carries enormous political weight, Calanfer can be suspected to be rather influential despite not being powerful.[7] 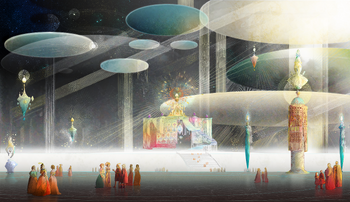 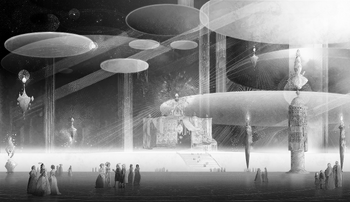