Ceria Springwalker is a sixty five year old half-elf that belongs to the silver ranking adventurer group Horns of Hammerad.

As a half-elf, Ceria appears human, but with pointed ears, pale yellow eyes, and a paler and subtly vibrant skin.[1] She has dirty blonde hair.[2]

Ceria lost all the skin down past her wrist on her right hand. What is left was just white bone. The parts that did connect to the half-elf’s healthy arm were blackened, almost like frostbite.[3]

In her first official appearance, Ceria was wearing a dark blue set of robes embroidered with golden glowing sigils around the hem and edges of the cloth.[1]

Ceria grew up in Terandria. Ceria had matured to her adult body when she was in her twenties, but puberty had still hit her hard. She’d spent ten years dealing with the worst of hormonal imbalances, uncontrolled magical outbursts and the like.[4] When she was still a child, a small bounty was put on her there for theft, property damage and something else.[5] She was (of course) not on the continent during the Antinium Wars,[6] and had never seen a Gnoll in person until she travelled to Izril.[7]

When she was 58 years old (seven years before the book 1) and still a Bronze-rank adventurer, she started attending Wistram Academy together with Pisces[8] for three years. She followed Illphres for four months until she accepted her as a student,[9] and was mentored afterwards by Illphres until her demise while fighting the Golems of Wistram. After the trial of Pisces, she was expelled from the school alongside Pisces, but was at least recognized as a graduate by the Truestone golem Cognita.[10] After arriving on Izril, she resumed her adventuring career. She has fourteen years experience as an adventurer, which means she started her adventuring career before she attended Wistram.[11]

Ceria enters the Wandering Inn storyline as a mage member of the Horns of Hammerad where she is one of the more experienced members but refuses to be vice-captain because she doesn't like the logistical work. That is the reason why Calruz has Gerial in that position.[11] She is very helpful towards Ryoka[1] and helps the city runner to explore her innate magic[12] until Ryoka challenges Calruz. Then, Ceria turns away from Ryoka with a stern warning.[13]

During the desastrous expedition into the Ruins of Liscor, Ceria and Olesm manage to survive in a stone coffin while the undead rampage moves towards Liscor. Her arm atrophies to skeletal remains in her attempt to stop Skinner. They are eventually rescued by Erin, Ryoka and Pisces, and Ceria stays at the Wandering Inn afterwards. She reforms the Horns of Hammerad with her as the captain and the only old member, but convinces Yvlon Byres, Pisces and Ksmvr to join her.

Under her as a captain, the Horns of Hammerad discover a new location in the Ruins of Albez and get out with a considerable treasure, although only a fracture of what had been guarded by a Flame Golem. Ryoka runs the looted items to Invrisil to get them identified, and returns with one item sold for considerable magical gear that should bring the reformed Horns to Gold Rank. However, the adventuring guilds require proof that the Horns are at Gold level. They do several more quests mostly around Liscor and Esthelm, but the group stagnates somewhat and is regularly outdone by the Gold Rank teams which frequent the Wandering Inn.

Eventually, Erin gets the Pallassian mage Grimalkin to evaluate the Horns of Hammerad. The [Sinew Magus] spells out for Ceria that aside from her actual adventures, she has been complacent and didn't train enough; and he advises a rigorous training regimen for her.

Ceria can cast Tier 3 magic at best. It is possible for her to use Tier 4 spells, but she’d need a spellbook and weeks—maybe months to learn the spell at her level.[14] Ceria has manged to learn over 50 spells, but mostly uses [Ice Spike] as her Wand contains the spell, which allows her to cast it much faster than her other ones.[15]

She discovered that she can cast with her skeletal hand simultaneously the [Ice Shard] spell among each finger.[16]

Being a Half-Elf, Ceria is able to channel mana better than the other races can.[17]

Ceria's relationship with Pisces is long and complex. They first meet on the boat to Wistram Academy, where Pisces is one of the few people who does not take immediate prejudice to Ceria's half-elf nature.[8] During their time at Wistram, the two grow very close, studying together and helping each other to gain magical abilities. However, the revelation of Pisces' [Necromancer] class alienates Ceria, and she stops talking to him for some time. Even then, she is still one of the only people in all of Wistram willing to have any kind of discussions with Pisces, and stands up for Pisces during his trial.[10]

After becoming an adventurer, Ceria still finds ways to contact Pisces when needed. She reaches out to Pisces to heal Ryoka's leg after it is broken, and they meet at the inn for the operation. During their meeting, Pisces notes that they have not met for some amount of time - possibly not since they had both left Wistram.[24]

The two meet again when the Horns of Hammerad return to Liscor to challenge the dungeon, unsuccessfully. Ceria and Olesm are the only survivors, and Ceria contacts Pisces using an old form of messaging that the two developed during their time at Wistram. Pisces gathers a group of adventurers and rescue Ceria.

After Ceria recovers, she reforms the Horns with Pisces, Yvlon Byres, and Ksmvr. During her time as captain, she frequently comes in conflicts with Pisces, but she is also the one who understands the most about Pisces and his background. 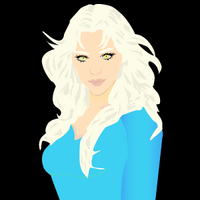 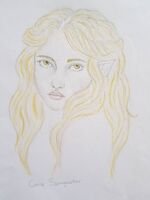 Retrieved from "https://thewanderinginn.fandom.com/wiki/Ceria_Springwalker?oldid=23448"
Community content is available under CC-BY-SA unless otherwise noted.