Destroying the world
Crelers, also known as Tunnel Crawlers, are highly dangerous Monsters that live beneath the earth.

In their first stage of life Crelers can shift from two forms, the Larval form and the Attack form.

When they are in their larval form, the Crelers are sleeping inside glistening, translucent, oozing red sacks. In this form their organs and vicious, lacerating limbs and teeth are not exposed. They look like horrible, fat, red caterpillars glowing faintly from within. Inside their semi-translucent ‘skins’, yellow lines and discolored organs moving around within are noticeable. Any sudden movement might alert them all, which would result in turning themselves inside out and move into the deadly attack form.[1]

Crelers have long, almost spider-like legs covered with armor, and a squat, elongated form. They have many legs— even more so than Shield Spiders have— with barbs on them. A red and purple carapace covers their bodies, serving as a protection against damage, with the exception of a small area that leaves their yellowish organs open, making them an easy target. When they open their maws, rows of circular teeth are to be seen.[1] Additionally, they have pincers that assist them in tearing through their prey.[2]

Juvenile Crelers are four feet high and twice as long, and look like some kind of monstrous pill bug with too many legs, tearing claws, and a glowing, fleshy, transparent underbelly where its organs hang, glowing slightly. The rest is biting jaws and claws. Their main jaws open horizontally, with two smaller maws opening and revealing spitting and gaping mouths.[3]

Adults are considerably larger than juveniles, growing up to the size of a house, and are capable of flying. They can launch projectiles at a very high velocity at their enemies, and their armor makes them mostly immune to magic.[4]

Crelers have highly durable and sharp teeth, capable of even biting off bones and chewing on them. In addition to their viciously sharp teeth, they also possess incredibly sharp claws. The most common tactic of the Crelers is to throw themselves at their prey, and use both their claws and maw to tear their way through them. In addition to this incredibly dangerous offensive that the Crelers can unleash, they also have the secondary attack mechanism, which is their poison. Both their claws and teeth are coated with a poison which prevents healing potions from working [5], thus increasing their lethality greatly. When this is combined with their highly resilient and durable bodies, they become a dire threat that even Silver-rank adventurers need to be wary of.

A few months of growing time with enough resources might allow them to turn into adults, the nightmares that even Gold-rank teams don’t want to fight.[1] Many Antinium Soldiers are required to bring down just a single one of them.[7]

Those that have lived for over a decade are threats that may prompt the evacuation of entire towns and cities. [8]

What makes them so terrifying, among other things such as firing projectiles, is their resistance to magic. Even when being attacked by a powerful Tier 5 spell, an Adult Creler won't show any injuries.[5]

Additionally, they are also intelligent and capable of communicating telepathically with sapient races - though not cooperating. If they believe they are outmatched, will flee a battle if possible.

It takes at least a century for a creler to be classified as an Elder Creler. Due to the fact that Crelers are hunted down, even more so than goblins, such an old one hasn't been seen in over a thousand years. Allegedly, they are capable of wiping out armies alone. Magnus even speculates that just two might be able to destroy the Walled City.[4]

So far, only five Ancient Crelers have appeared and that was when the monsters first emerged from Rhir. According to the history books, one of them even killed two dragons, though then one dragon slew an Ancient Creler in return.[4] 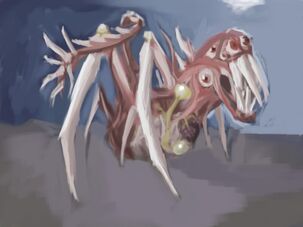 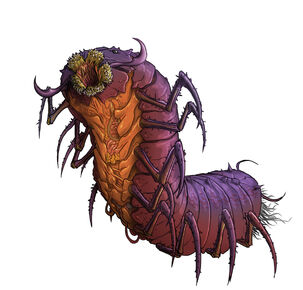 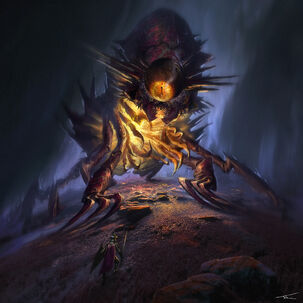 Retrieved from "https://thewanderinginn.fandom.com/wiki/Crelers?oldid=31689"
Community content is available under CC-BY-SA unless otherwise noted.