Erad is a Gnoll and a member of the Steelfur Tribe.

A fight originally over whether Inkar should be allowed in the inner camps of the Meeting of Tribes occurred. It quickly devolved into chaos when allies became involved. Erad was one of the allies that came to fight. He attacked Tkrn in order to defend the Decles Tribe.[1] 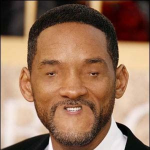