When he was a young [Prince], Flos' father spent little time with him, and (in Flos' recollections) no one expected him to become someone special.[4]

Flos ascended to the throne of Reim at an early age, at fourteen or fifteen years old after the passing of his mother. King Treland of the neighboring kingdom of Hellios invaded at this time, hoping to take advantage of Reim's period of weakness and seize its lands for his own, comparatively powerful kingdom.[5]

Flos could not stop the invasion by force of arms. So he instead resorted to trickery, riding around Hellios' armies and, along with Gazi, making his way to the enemy kingdom's capital city, defended at this time only by a token force.[5]

After taking the city's walls, Flos walked into the throne room and challenged King Treland to single combat. Flos Reimarch defeated and killed the higher-level [King] in this duel, thereby beginning the legend of the King of Destruction.[5]

Later, Flos started a war with the Medilean Kingdom when he heard the royal family had been overthrown and a tyrannical [Warlord] had taken over. He also fought the Order of the Black Judgment when they became little more than bandits.[6]

Flos' legendary campaign of conquest lasted for six or seven years, by the end of which he had conquered most of the continent of Chandrar, and forged alliances or neutrality pacts with the very few nations which he did not conquer. After this was accomplished, Flos achieved something unprecedented in modern times, dispatching his armies to begin conquering other parts of the world. His armies landed and took territory on two more continents - Baleros and Izril.[7]

Crumbling of the campaign

It was later said that Flos had overextended his reach by tackling Baleros and Izril at the same time. However, Niers Astoragon later attested that Flos had a rather clever plan to quickly achieve his victory: He planned on rallying several uprising minorities on each continent (by promising power and land to the Gnolls of Izril, and the same to the Half-Gazers and Selphids of Baleros). Also, Flos assumedly didn't intend to have to defend Chandrar from extracontinental attacks, so he needed to occupy his enemies at their home continents. Niers assumed that Flos might have reached out to the Humans as well, especially those of Izril.[7]

So, Flos sent Queravia with his armies to Baleros and Amerys with his armies to Izril. Both campaigns started promising. Queravia landed in the port city of Zaland and conquring it in a day, then defeating an army of the Four Great Companies and Amerys landing on the southern shores of Izril[8] and locking down Zeres all by herself,[9] although this situation resembled more a stalemate.[7]

Several factors brought his downfall however:

The Izrilian armies returned to Chandrar and disbanded after having heard of Flos abandoning them.[10] Many of Flos' subjects were angered and disappointed about this turn of events - which still affected their loyalty when Flos asked for it again.[4]

He "slumbered" in Reim for 20 years, sitting and contemplating on a chair in his throneroom, in front of his enormous golden throne.[3]

Flos' class and skills are specialized in warfare.[11] 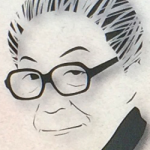 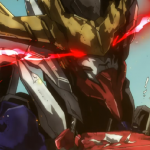