The Wandering Inn Wiki
Register
Don't have an account?
Sign In
Advertisement
in: Characters, Antinium, Individuals,
and 5 more

Chapter 1.42 (As Individual)
Garry is an Individual Antinium that belongs to Liscor hive and is a member of Erin's Chess Club.

He's slightly bigger than a regular Worker and wears a slightly stained apron around his front as well as a chef's hat later on.[1]

Garry is hard to ruffle and is very supportive verbally to others. He is also protective over his fellow Individual Antinium but since working mostly alone for the Free Queen he has become more withdrawn and timid towards others.[1]

Before he selected his name Garry was one of the Antinium workers in Erin's chess club.

After he gains his new class he begins to work alone as the Queen of the Free Antinium's personal [Cook].

After they recovered once his fellow Individual Antinium, Bird began learning how to use a bow to hunt in the winter and Garry learned how to fry them and make a palatable snack out of their carcasses. He presumedly received his new class during this time.[2] 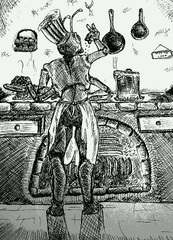 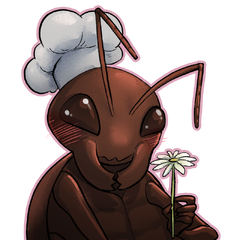 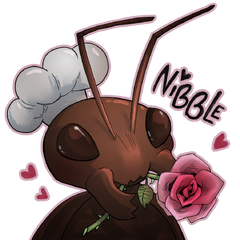