Chapter 1.15
The Goblin Chieftain (Name Unknown) was the former leader of Rags' tribe, who was killed by Erin.

The Goblin Chieftain was nearly as tall as Erin. His body was muscled and wide. His head was covered by a rusted helmet, and he wore mismatched bits of metal armor on his body.

The chieftain attacked Erin after Relc gave her three Goblin heads, hoping it would make her forgive him for having previously laughed about her when he talked to his fellow guardmen, which, to his misfortune, she witnessed. As expected, it did not.

When Erin was about to bury their corpses, she was attacked by a Goblin wearing rags that was filled with rage.(It was later revealed that the murdered Goblins raised her[1]) Erin came out victorious but refused to kill her opponent. She made the Goblin flee, however knew that this would only lead further trouble. She was right; soon afterwards, the chieftain marched to her inn. His presence was made known by the Goblin Erin had previously fought against by blowing inside of a horn. Once they made eye contact, the chieftain pulled out his bow and fired arrows at her, causing her to run inside of her inn, knowing the distance to Liscor to be too far. He walked to her inn, saving his energy for the upcoming battle. Once he arrived, he broke the door and charged towards Erin.[2]

The chieftain was obviously stronger than her, but she could even the odds by making use of her surroundings. She used a table to protect herself from his sword and attacked him with a chair. That wasn't enough, though. He succeeded in stabbing her with a knife. Just when the chieftain was about to end the battle, Erin managed to grab a hot pot, burning her hands in the process, and tossed its content over him. Boiling oil splashed into his face, which resulted in his death.[3]

He was a threat capable of wiping out low-level parties of adventurers by himself.[4] 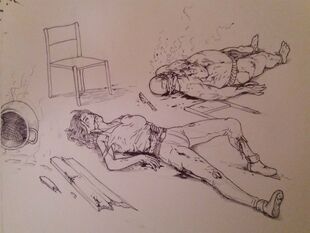 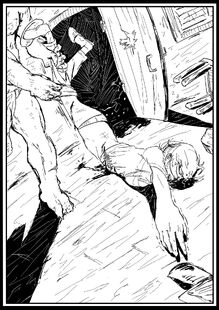 Retrieved from "https://thewanderinginn.fandom.com/wiki/Goblin_Chieftain?oldid=32978"
Community content is available under CC-BY-SA unless otherwise noted.