Chapter 6.09
Grimalkin, also known as Grimalkin the Fist, is a Drake that lives in Pallass, and the famed master of his own personal magic school, Physical Magic.

He is a huge, muscle-bound Drake[1] with green scales[2] that wears tight-fitting clothing.[1]

Grimalkin is like a "drill-Sargent on steroids" who also happens to have an obsession with the physical body. He is extremely demanding of his students and typically lacks social grace, but also serves to push them to their limits. He does occasionally tone down his brash nature to encourage his students.

Grimalkin is considered the most powerful Mage in Pallass, as such, other Walled Cities note that the loss of Grimalkin would be a real loss for Pallass. Grimalkin's power comes from level and mage skill as much as practical expertise, he has fought in 6 wars and typically looks down on Mages without combat experience. He notes Wistram Graduates as typically lacking this practical expertise, although Grimalkin does note Wistram is still a superior school of Magic to the institution at Fissival where he learned.

Grimalkin holds an unknown formal rank in the military of Pallass and he confers with Chaldion and the [Generals] of Pallass regularly. It is implied that he has struck some form of deal with the government of Pallass to stay with the city in return for other benefits.

Grimalkin owns at least one mansion within the walls of Pallass which doubles as a location to train his students. He also regularly consults on the training of Pallass's elite military units. Grimalkin's graduated students qualify for a minimum rank of [Captain] in Pallass's military. He can also certify adventuring teams as Gold Rank, and recommends one student as a Silver Rank Adventurer and one student as a Gold Rank Adventurer every year. 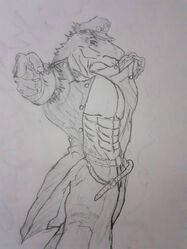 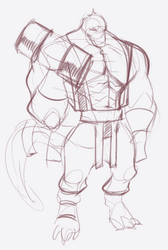 Retrieved from "https://thewanderinginn.fandom.com/wiki/Grimalkin?oldid=33802"
Community content is available under CC-BY-SA unless otherwise noted.