Chapter 2.29
Ilvriss Gemscale also known as Wall Lord Ilvriss, is a high ranking general and one of the sworn protectors of the famed Walled Cities, in his case the city of Salazsar.

He has dark red-purple scales.[1] He is also classically handsome in all the Drake ways.[2]

He’s very arrogant, which becomes noticeable when one looks at the way he lifts his chin, and the way he moves. He even looks at everyone around him as if they’re less important.

He was first seen in the Blood Fields, fighting with his soldiers against the army of the Trisstral Alliance, led by Zel Shivertail. On the day when he first met Ryoka Griffin, he was distracted by the City Runner and subsequently ambushed by Zel. He sent his aide Periss after Ryoka and was caught unprepared for Periss' demise by an unknown enemy shortly thereafter. Again, this distracted him in his duel against Zel, and he lost the duel and the battle.[3]

He surrendered to Zel who then force-marched north after Ryoka, only to encounter the emerging Goblin Lord. Ilvriss and his remaining soldiers fought on Zel's side in that battle.[4] Afterwards, Zel and Ilvriss traveled to some Drake City where Wall Lords from several Walled Cities were assembled for arbitration.[5]

Ilvriss does not have a [Dangersense] ability.[7] 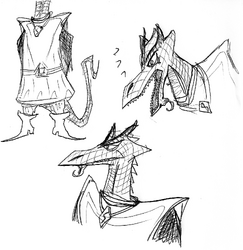 Sketches of Ilvriss by Aristide Twain. 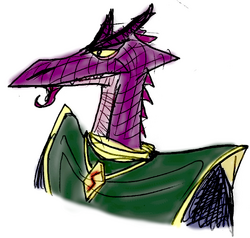 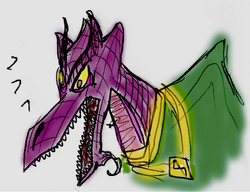 Retrieved from "https://thewanderinginn.fandom.com/wiki/Ilvriss_Gemscale?oldid=29370"
Community content is available under CC-BY-SA unless otherwise noted.