Lizardfolk are humanoid Lizards and one of the Races of Innworld.

Lizardfolk are bipedal and take on the appearance of walking lizards. They superficially resembles Drakes, however Lizardfolk are more colorful and have neck frills.

By and large, Lizardfolk are carnivorous. As such they prefer to eat undercooked meat.[1]

To an extent, Lizardfolk are a race naturally inclined towards magic.[2]

Some of the Lizardfolk can breathe underwater.[3]

By fulfilling certain unknown conditions, the Lizardfolk can evolve into a new subtypes forms.[4] Unlike Goblins, who have just the possibility to become Hobogoblins, Lizardfolk have numerous evolution paths. Unfortunately, most Lizardfolk don't evolve at all. The majority that do become Nagas, Gorgons or Lamias, which are the most common. Still that is not the end though. After having gained a new form, it is possible to change even further. For instance, the Lamias could become Star Lamias. It’s very complex and some people think they all belong to different species, which is not the case.[5]

The Lizardfolk live usually near water.[3]

While Drakes strongly dislike it if someone mistakes them with the Lizardfolk and they don't see them favourably at all, the Lizardfolk seem to be rather nonchalant about it, showing that the feud is more one-sided.[11] Or not entirely one-sided, as when they are on the same side, Drakes could get on Lizardfolk nerves, which was actually fairly amazing to Dullahans, Centaurs, and Baleros’ Humans who lived together with them. It was all the Drakes military regulations like having to call out passphrases that changed every day whenever the Lizardfolk went for a walk or used the latrine or just at random, to which the Lizardfolk do not appreciate.[8]

Relations with other Races[] 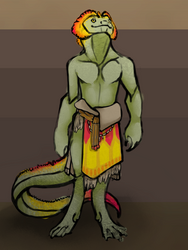 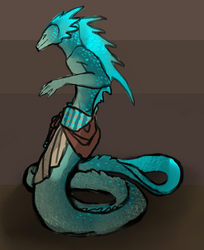