The Wandering Inn Wiki
Register
Don't have an account?
Sign In
Advertisement
in: Locations, Cities, Walled Cities,
and 2 more

Pallass, also known as the City of Inventions, is one of the six Walled Cities located in Izril.

The people of Pallass say that their walls are 300 feet high, but that's only because they reach that exact number at the lowest spots.[1]

Pallass is said to house about a million people.[2] The inhabitants are mostly Drakes, but there are large minorities of Gnolls as well as smaller minorities of Dullahans and Garuda.

With a distance of roughly three hundred and eighty miles, Pallass is the closest Walled City to Liscor,[3] thereby the most northern of the Walled Cities.[4]

Pallass is a very organized city with a rectangular ground plan. The inhabitants live in several floors on top of each other, connected by regularly spaced, wide ramparts and elevators. Most buildings along the walls are done in large beige-colored stone. The floors follow the outlines of the wall and each floor below the topmost-level is wider than the one above, which leads to the city resemble an inTverted pyramid. The middle of the city is left as open space, although there are factions arguing to build a central tower.

Some of the lower floors are wide enough that Liscor could be placed on them as a whole.[5]

The four largest stairways connect all the way from the bottom to the top of the city, and are divided into three lanes, designated for going up, down, and one exclusively for Runners.[1]

There are magical elevators that connect the floors with each other, but also non-magical elevator platforms that only go down and are cranked back up when empty. Drake inventors are still struggling with the details of harnessing the wind as a power source for the nonmagical elevators.[1]

For transport of goods along the same floor, carts and horses are in use.[2]

Pallass is ruled by a democratic Council, called the Assembly of Crafts, who vote on issues. Composed of hundreds of [Senators], the members consist of numerous representatives from all of the major Guilds.[1] Additionally, they are divided amongst various political factions such as the Protectorate.[2]

The Military of Pallass consists of, among others:

While Pallass doesn't have the flier corps of Oteslia, they do still have a few hundred [Fliers] in their army, recruited from Oldblood Drakes and Garuda.[5]

Pallass' City Watch maintains Watch Houses on each level except the ninth floor,[6] and there are at least as many Watch Captains as floors.[12]

In the defense of Liscor against the joint attack by Reiss and Veltras, the part of the Pallass Army that helped manning the city walls, shed 28 times as much blood as did the 4th Division of Liscor, which was also present.[20]

The economy of Pallass is diversified and on the cusp of industrialization. Its exports of manufactured metals, notably steel, and alchemical concoctions are known throughout Drake lands. Considering the necessity of these goods for warfare and defense, Pallass's ability to threaten other cities' supplies is considerable leverage in negotiations such as when they almost force Liscor to hand over Erin's magical door.

Pallass also has a booming market, with thousands of gold pieces going through it each day. It also has the [Sinew Mage] Grimalkin who helps to regularly train [Mages] and [Soldiers] in the city. As the City of Invention, Pallass is also known for its [Engineers] and weaponry they can produce such as siege weaponry.

Pallass has two capable [Geomancers], who are usually booked out.[21] 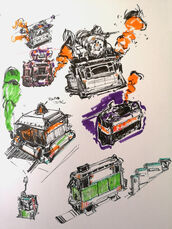 Skating the stairway ramps of Pallass, by mg 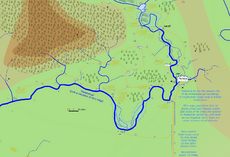 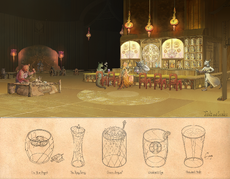