The Wandering Inn Wiki
Register
Don't have an account?
Sign In
in: Characters, Humans, Necromancers,
and 4 more

As a [Necromancer] he has a massive advantage when fighting against the undead. When Liscor was attacked by a horde of the undead, he managed to kill at least 100 minor Undead and even a Crypt Lord.[5] 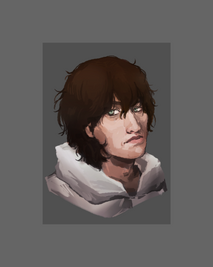