Chapter 4.04 K (Mentioned)
Quarass is the name and title of the ruler of Germina, one of Chandrar’s four Shield Kingdoms. The Quarass is also a Dragonslayer.[3] 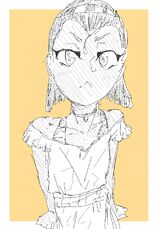 Retrieved from "https://thewanderinginn.fandom.com/wiki/Quarass?oldid=28096"
Community content is available under CC-BY-SA unless otherwise noted.