The Wandering Inn Wiki
Register
Don't have an account?
Sign In
Advertisement
in: Characters, Humans, Drowned People,
and 4 more

Interlude – Strategists at Sea (Pt. 1)
Rasea Zecrew, also known as Rasea the Shining, is a Drowned Woman merged with an Anglerfish. She is also Revine Zecrew's younger sister. She is the [Pirate Captain] of the Illuminary, and one of the most feared [Pirates] on the seas.

As a half-anglerfish, she has half her left face Human and the right half Angler. The teeth on the side of her Angler face are sharped. Her right eye and part of her shoulder glow with a bright yellow light.[1]

Rasea is rather flamboyant and dramatic. She delights in adventure and drama, which coupled with a tendency to plunge into danger, gives her a reputation of a crazy, reckless [Pirate].

She is a terrible liar. 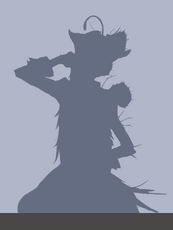 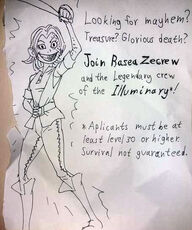