The Wandering Inn Wiki
Register
Don't have an account?
Sign In
Advertisement
in: Characters, String People, Adventurers,
and 4 more

Chapter 2.24 T
Revi is a Stitch Woman and a member of Griffon Hunt, a Gold-rank Adventuring team.

Revi is a dark-haired,[2] brown-skinned woman with stitch marks around her hands, neck, and knees, dressed in a long robe.[3]

Revi is snarky and is not afraid to show it. She complains frequently and tends to blunt in her manner of speaking. However, she is loyal to her team and willing to stick with them, despite the fiasco three years ago that almost caused them to lose their Gold-rank status.[4]

Revi is from Doran, a country in Chandrar which no longer exists, as it was conquered by the Empire of Sands.

She is able to create several phantasms, each of which can be considered as strong as a silver-rank adventurer.

Those phantasms or constructs are not to be confused with ghosts or spirits. They bear some of the power of their previous bodies, but do not have minds of their own. Revi calls them from the memory of souls past, but they are not the souls themselves.[3] 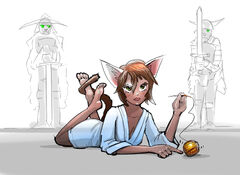 Revi going through a cat-beastkin phase, by mg 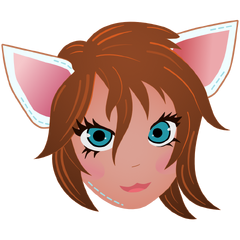 Cat Revi, by Brosciple of Brodin 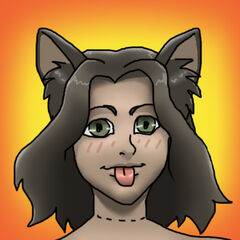 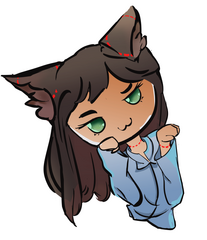 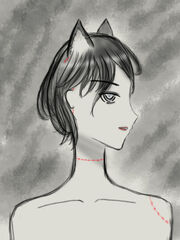 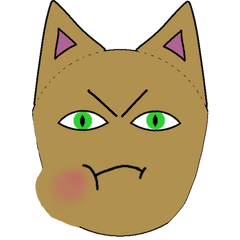 Cat Revi, by Me