Chapter 5.15
Snatcher, also known as Facestealer, is one of the three Lesser Guardians of Liscor's Dungeon.

It is rather large, brown, and has leathery, cracked, old skin, with arms as large as Badarrow's chest. It doesn't possess talons but 6 brute fingers on each hand.The most noticeable feature of the collector is its head, or rather lack thereof. In its place is a rounded upper torso with two gapping holes that might act as its eyes.[1]

Below the leathery brown skin, which acts as armor, is yellowed skin which can feel pain.

The Face Collector appears to be capable of paralysing its opponents, though it is not yet clear how it works. Furthermore, as its size suggests, it possesses an immense strength, allowing it to easily lift Hobgoblins into the air and crush their heads. Moreover, aside from its strength, it is extremely durable, seen when it was stuck in the treasure room in Liscor's dungeon and attacked by the traps. It took numerous spells, which entailed among other things acid, before it was in actual danger.[1]

Snatcher's skin is vulnerable to certain elements, observed when caught in a trap which filled the room with fire, cold, acid, and several other effects. The trap removed layers of its brown skin before escaping. While the brown dead skin acts as armor, when removed it revealed patches of yellowed skin beneath. When one of the patches of yellowed skin was hit by an ice spike, the paralysis effect was momentarilly disrupted (though it seemed to do only minor damage). However when pierced this layer of skin did bleed black blood 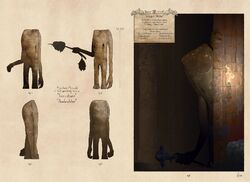 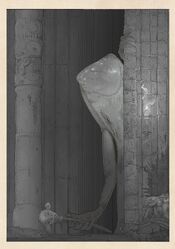 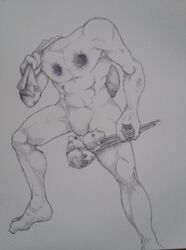 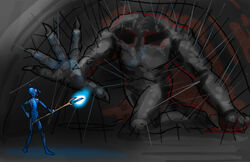