The Wandering Inn Wiki
Register
Don't have an account?
Sign In
Advertisement
in: Characters, Goblins, Hobgoblins,
and 5 more

Chapter 3.26 G
Tremborag was a Great Goblin and the Great Chieftain of the Mountain City Tribe.

Tremborag was brutal and manipulative. He was arrogant in command of one of the largest tribes in Izril and ruled with power and fear. He tended to belittle those he perceived as inferiors, though this would also cause him to underestimate his opponents. In battle, Tremborag was a bloodthirsty rampaging beast.

Tremborag is able to temporarily transform into a Fomirelin, all his apparent fat becoming muscle. Greydath, however, considers him weak due to him not being able to maintain the transformation for long periods. 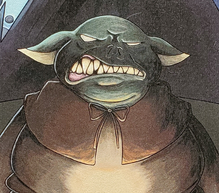 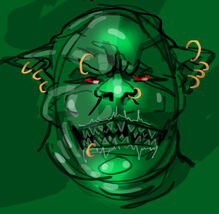 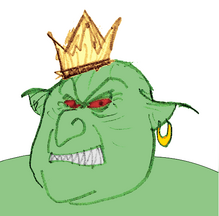 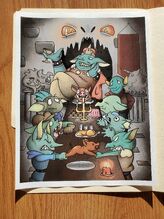 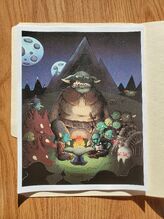 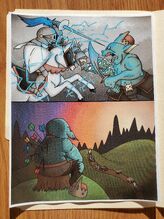 Tremborag, Flos and Okasha, by Cortz