The Wandering Inn Wiki
Register
Don't have an account?
Sign In
Advertisement
in: Characters, Drakes, Shapers,
and 2 more

Chapter 7.06
Visma is a young Drake, and Mrsha's friend.

She has pearly-white scales speckled with greens.[1]

She is timid and likes copying her mother by making sculptures out of mud or things she finds.

Currently she is going through a hoarding phase, where she steals everything that interests her, even if they belong to her family and friends.[1]

She and Mrsha had become friends when Visma asked to paint Mrsha because she had such lovely fur, like a canvas.[1] 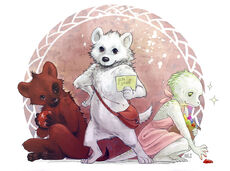 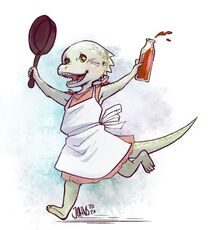 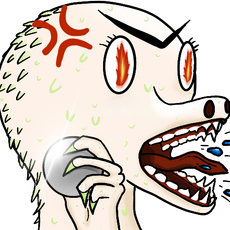