The Wandering Inn Wiki
Register
Don't have an account?
Sign In
Advertisement
in: Characters, Gnolls, Crime,
and 7 more

Interlude – A Night in the Inn
Wilovan is a tall Gnoll, a member of the Brotherhood of Serendipitous Meetings, and together with his partner and friend Ratici, they are known as the Gentlemen Callers.

He is tall with a large brick like body. He wears a quite dapper vest and leggings on, that suiting him quite well despite the fur, and a tall hat that while is not as splendiferous as a top hat, it has breathing room for the scalp.[1]

As a member of the Brothers, he is polite, well mannered and shows common courtesy, just like the gentleman that he is.

He speaks with a quite thoughtful and quick, deep voice.

He is surprisingly unsimple, especially to the women he romanced, as he prefers the ones with a stocky build figure. Still he doesn't pursue the ones who have children with them, as he doesn't want to force the child to wait—much less on topics of an intimate nature discussed about him. While it would be different depending on the situations, in other moment, it would be highly inopportune, rude, and he’d expect any woman as amply gifted to make the child her priority over him.[1]

He and his friend Ratici, were born and raised in Invrisil. There the two would eventually join the Brotherhood of Serendipitous Meetings, and as they became the best of the best, the now known famous duo came to be known as the Gentlemen Callers.[1]

Skills obtained temporary by the blessings Skill, [Boon of the Princess]. 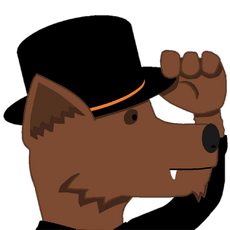 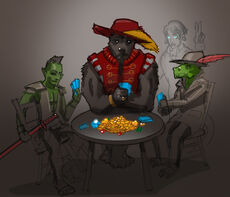 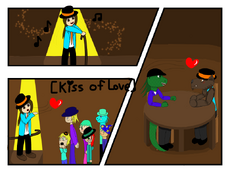 Daydream - Kiss of Love Performance, by KaDragon
(The Innkeeper’s [Knight])

For his and Ratici's Appearances, see Here.