The Wandering Inn Wiki
Register
Don't have an account?
Sign In
Advertisement
in: Characters, Humans, Nobles,
and 3 more

Chapter 4.06 KM
Wuvren Sitil is one of the foremost [Ladies] in Izril. She is a confidant and trusted friend of Magnolia Reinhart.

Despite being nearly sixty, she almost always looks like a younger woman, with little more than two decades and a half behind her. Sometimes she appears to be in her later twenties and other times in her thirties or forties.

Contrary to what one might belief, she isn't using illusions. Her skin is as fair as it has ever been and her hair, which is styled in the current fashion, meaning long and sweeping with only the hint of a curl, is still as vibrant.[1]

She doesn't just look like a much younger woman but also acts like one, occasionally leading to people being confused by it.[1] 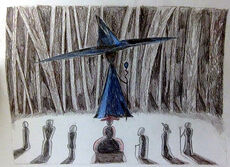