The Wandering Inn Wiki
Register
Don't have an account?
Sign In
in: Characters, Humans, Adventurers,
and 8 more

Yvlon is tall, gorgeous woman,[1] with long flowing golden hair,[2] fair skin, great teeth, a shapely nose, and nice ears. She has the faintest trace of a horrible scar across her left face.[3] Her arms are both made of a silvery living metal. 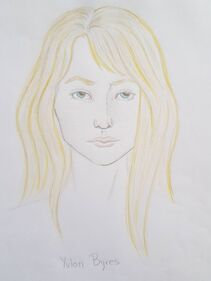 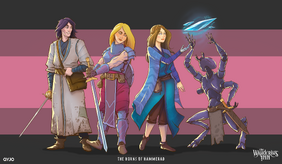 The Horns by Dr.replig8r, TWI logo by Shawn King